The development of 3D printing technologies must be part of a push to modernise China’s economy, the country’s premier, Li Keqiang, said during a speech to the State Council.

Echoing his “Internet Plus” doctrine, Li said a new technological revolution is at hand, and China needs to promote entrepreneurship and innovation in order to maintain competitiveness in a global rush to “reindustrialise”.

His address to the State Council focused on accelerating the development of advanced manufacturing in China, touching on technologies ranging from the internet to industrial robotics and automated machinery.

Since assuming office in 2013, Li has stressed the need for economic reform and a “new normal” growth plan at a sustainable, albeit slower, pace of development. That plan has been rocked by volatility in the stock market in recent months as well as a sharp slowdown in economic growth and flagging demand.

During the address, Li stressed the importance of marrying information technology with traditional manufacturing – a key tenet of his “Internet Plus” strategy – and pointed to 3D printing as “representative of a disruptive technology in the manufacturing industry … which has transformed traditional conceptions and methods of manufacturing.”

Li further highlighted in his address weaknesses underlying the Chinese economy, pointing to weaknesses in innovation, low ‘value-added’ production, poor quality in managerial and sales services, which are further exacerbated by resource and environmental constraints.

The premier’s statements come as Chinese firms working on 3D printing in the construction sector have announced multiple recent successes.

In July, real estate development firm Zhuoda Group assembled a 3D printed 200 square metre home in three hours, having printed the materials over 10 days at a cost of US$400-480 per square metre.

Also this year, construction firm Winsun 3D printed around a dozen 60 square metre houses in one day at a cost of US$5,000 per house. The firm is also currently partnering with the UNited Arab Emirates National Innovation Committee to 3D print an office building in Dubai.

According to Winsun, 3D printing can decrease the material cost of construction by 60 per cent, labour costs by 80 per cent and cut construction time by 70 per cent. The process can also incorporate recycled construction waste into the printing. 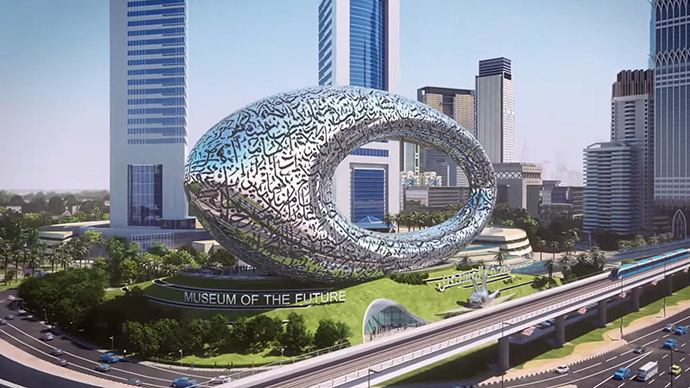 An ambitious UAE plan to build the first fully functional 3D printed office building in the world has been announced in Dubai. It is being promoted as both cost effective and time saving.

Mohamed Al Gergawi, the United Arab Emirates Minister of Cabinet Affairs and Chairman of the National Innovation Committee, said on Tuesday that Dubai plans to 3D-print a one-story “office building” of about 2,000 square feet (185 square meters) in size, Reuters reported.

“We are keen to use the latest technologies to simplify people’s lives and to serve them better. This project is part of our overall innovation strategy to create new designs and new solutions in education, healthcare and cities,” Al Gergawi said in a statement. “Our goal is to increase the happiness and wellbeing of our residents and to pioneer new solutions for the world.”

The building, which is to be situated in the center of the coastal business hub city, will be printed layer-by-layer with a 20-foot tall printer over the course of a few weeks. Its entire interior will also be 3D printed. The technology will cut labor costs by 50-80 percent, and construction time by 50-70 percent, according to expert estimates.

“The idea of 3D printing buildings was once a dream, but today it has become a reality,” Al Gergawi added. “This building will be a testimony to the efficiency and creativity of 3D printing technology, which we believe will play a major role in reshaping construction and design sectors. We aim to take advantage of this growth by becoming a global hub for innovation and 3D printing. This is the first step of many more to come.” 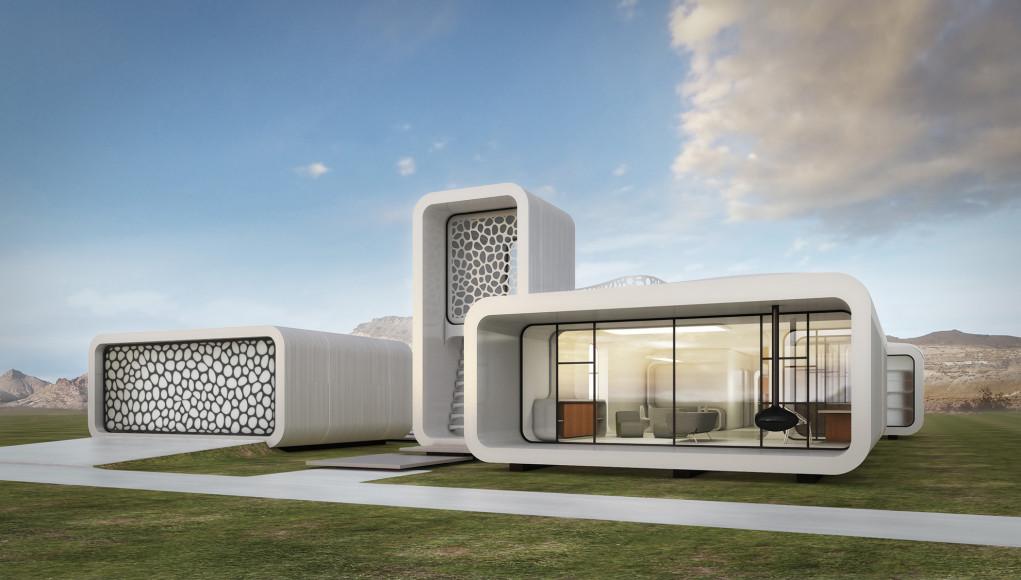 The project is a result of cooperation between Dubai and WinSun, a pioneering Chinese company that specializes in building houses with 3D printers, as well as other major firms such as Gensler, Thornton Thomasetti, and Syska Hennessy.

The cutting-edge “office” will be the temporary headquarters of the “Museum of the Future” that was announced this March and is scheduled to open in 2017.