The perfect sneakers, custom leggings—we asked an expert if the 3D printing technology trend could really change the fitness world.

Of all the crazy new advances in tech—new wearable technology that helps you break bad habits, computers you wear on your wrist (hello,Apple watch), even sportsbras that combine wearable tech and fitness gear—hearing about 3D-printed wellness gadgets are one of those things that makes us feel like we’re living in the future. You’re telling me that you can use a printer to make actual, physical objects? It sounds like something straight out of sci-fi.

And while hearing about 3D–printed houses and makeup is cool, what we’re most interested in is how the new technology will change fitness. Imagine a world where you could 3D print the perfect pair of running shoes, custom molded to your foot, for example.

In fact, Nike, Brooks, and New Balance have all already dabbled in 3D-printed athletic shoes. And custom-printed shoe insoles will soon be on the market: SOLS ($125, sols.com) has you take measurements of your feet using their app, then prints you insoles in any one of a number of fabrics (leather for work shoes, something sweat-wicking for sneakers). Plus, they’re, a fraction of the cost of many orthotics. (Whether you wear insoles or not, you should definitely be stretching your feet post-workout.)

But footwear isn’t the only thing that can benefit from 3D printing. EXO-L is a company that’s creating custom-made ankle braces, designed to keep athletes safer on the field or court. Other companies are offering molded-to-you mouth guards. You can even buy specially fitted, never-slip-out-again headphones ($200, nrml.com). All these products use 3D printing technology for ultra-customized end products. The benefits go way beyond personal comfort, though: 3D printing enables doctors to create comfortable, affordable prosthetics for people missing limbs too. (Check out Team Unlimbited’s e-NABLE blog for more information.)

“3D-printed fitness gear has some serious pros, the most obvious of which is customization,” says Pieter Strikwerda, the co-CEO and founder of 3DPrinting.com. “But also it requires less production time from the idea to the finished product.”

Still, can 3D printed products really stand up to traditionally-made gear, especially higher-end products? Strikwerda says yes. “Printing techniques are getting better every day, and so are the materials being used,” he says. “Look at NASA—they’re using printing techniques to print metal parts for their engines, not only because it’s lighter and more efficient but also because those parts are stronger.” (This fitness equipment just looks like science fiction.)

That said, cautions Strikwerda, “the whole process of 3D modeling and scanning, choosing the right material, and so on is still really complex. It’s not a plug-and-play machine yet.” So we’re not quite at the point where we’ll be able to print out a spare pair of running shoes or fit-like-a-glove leggings from the comfort of our own homes. But until we get there, at least we can finally get our hands on ear buds that won’t slip out during our workout, and insoles that make our run feel better without breaking the bank. That feels pretty futuristic to us. 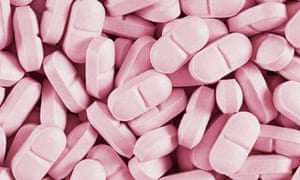 Now that the US has approved a 3D-printed drug, pharmaceuticals companies in the UK are hoping their patents will be next – from the pyramid-shaped pill-makers to the man who has done for drugs what Apple did for music.

With architects printing lumpy plastic houses, fashion designers printing oddly-shaped dresses and food companies printing dodgy-looking hamburgers, the hype around 3D printing can often seem like a novelty. But news that the world’s first 3D-printed drug has just been approved suggests that, beyond the realm of personalised plastic trinkets, the technology still has a huge amount to offer.

Developed by Ohio-based pharmaceutical company Aprecia, Spritam levetiracetam is a new drug to control seizures brought on by epilepsy. Approved by the US Food and Drug Administration this week, it employs the company’s trademark “ZipDose” technology, which uses 3D printing to create a more porous pill. Its structure means the pill dissolves more quickly on contact with liquid, making it much easier to swallow high doses than a conventional tablet.

The 3D printing process also allows layers of medication to be packaged more tightly in precise dosages, and it points to a future of more personalised medicine. 3D-printed pills could be custom-ordered, based on specific patient needs, rather than on a one-drug-fits-all approach.

“For the last 50 years, we have manufactured tablets in factories and shipped them to hospitals,” said Dr Mohamed Albed Alhnan, a lecturer in pharmaceutics at the University of Central Lancashire. “For the first time, this process means we can produce tablets much closer to the patient.” By making slight adjustments to the software before printing, hospitals could adjust doses for individual patients, a process of personalisation that is otherwise prohibitively expensive.

The porous pill technology could also have important benefits for other drugs, according to Marvin Rorick, a neurologist at Riverhills Neuroscience in Cincinnati. “In my experience, patients and caregivers often have difficulty following a treatment regimen,” he said. “Whether they are dealing with a swallowing disorder or the daily struggle of getting a child to take his or her medication, adherence can be a challenge. Especially for children and seniors, having an option for patients to take their medication as prescribed is important to managing this disease.”

While 3D printing has already been embraced in other medical fields – from printing new jawbones in facial reconstruction to custom-shaped teeth and other dental implants, as well as producing personalised prosthetics – this is the first time the technology has been approved for the production of drugs; and it won’t be the last time.

Researchers at the School of Pharmacy of University College London have been developing a technique to 3D-print pills in different shapes, from pyramids to doughnuts, using a technique known as “hot melt extrusion”. The different forms, which would be hard to manufacture using standard production techniques, release drugs at different rates. Their research has found that the rate of drug release is dependent not on surface area, but on the surface area-to-volume ratio. A pyramid-shaped pill, for example, releases a drug slower than a cube or a sphere, allowing absorption to be controlled.

While the Spritam pill similarly uses 3D printing primarily to change the physical structure of the pill, other researchers have been working on how the technology could be used to develop new drugs at a molecular level. Professor Lee Cronin at Glasgow University has been working on a “chemputer”, a sort of 3D-printing chemistry set, which can be programmed to make chemical reactions and produce different molecules. Describing the process as similar to what Apple did for music, he envisages a world where patients will be able to download the “recipes” for drugs and print them at home. In the future, he suggests, we won’t be buying drugs, so much as blueprints or apps.