A brief history of 3D printing

On that evening, more than three decades ago, when he invented 3D printing, Chuck Hull called his wife.

She was already in her pyjamas, but he insisted that she drive to his lab to see the small, black plastic cup that he had just produced after 45 minutes of printing.

It was March 19, 1983. Hull was then an engineer working at a U.S. firm that coated furniture with a hard plastic veneer. As part of his work, he used photopolymers — acrylic-based liquids — that would solidify under ultraviolet light. Hull thought the same sort of process might be used to build a three-dimensional object from many thin layers of acrylic, hardened one after another, with targeted UV light from a laser beam.

Hull pursued his research on nights and weekends until finally sharing his eureka moment with his wife, Anntionette.

Hull took out a series of patents on his invention and went on to co-found a company, 3D Systems, that remains a leader in the field. Last year, the 75-year-old was inducted into the National Inventors Hall of Fame.

Hull’s invention launched a wave of innovation. Design engineers embraced 3D printers as the answer to their prayers: Instead of waiting weeks or months to have new parts produced, they could design them on computers and print prototypes the same day.

3D printers have since evolved and can now use all kinds of materials, including metals, ceramics, sugar, rubbers, plastics, chemicals, wax and living cells. It means designers can progress rapidly from concept to final product.

Advances in the printers’ speed, accuracy and versatility have made them attractive to researchers, profit-making firms and even do-it-yourselfers.

The cost of the machines has also dropped dramatically, which means it’s easy for home inventors to enter the field. Home Depot sells a desktop version for $1,699 while Amazon.com markets the DaVinci Junior 3D printer for $339.

The wave of innovation triggered by the 3D printer is only now beginning to crest in the field of medicine. Researchers are racing to engineer implantable livers, kidneys and other body parts with the help of 3D printers.

In Canada, scientists are using 3D bioprinters as they work toward creating new limb joints made from a patient’s own tissue, and implantable skin for burn victims. 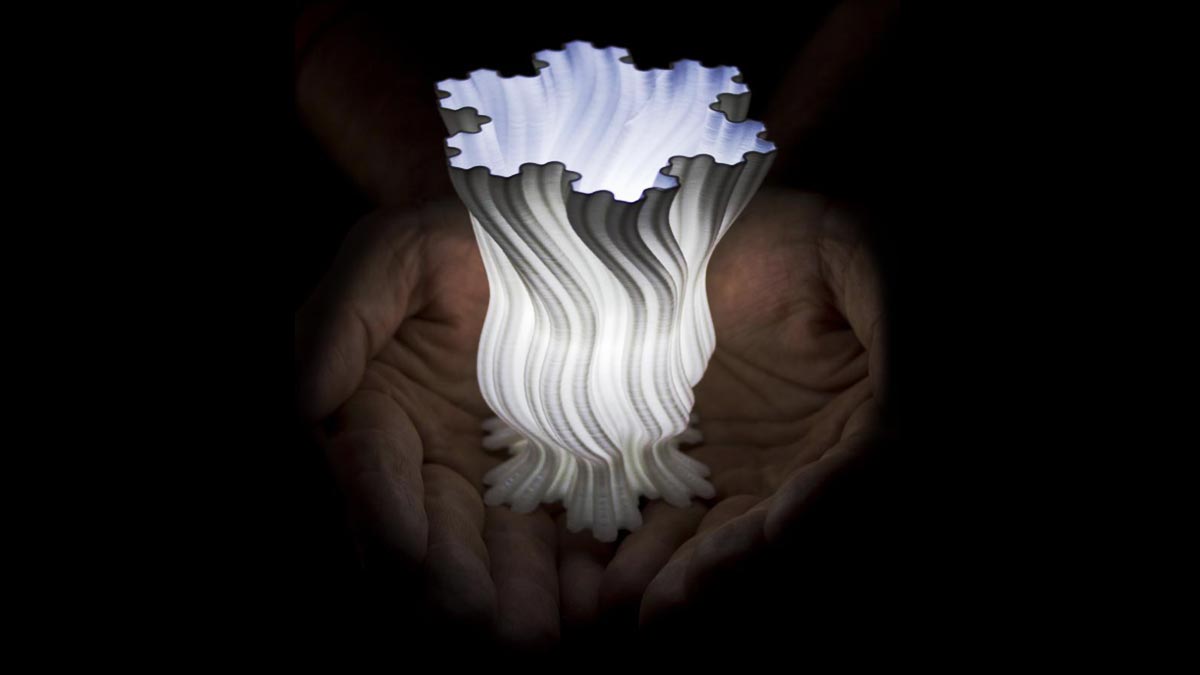 The Time to Think About the 3D Printed Future Is Now

3-D printing, or additive manufacturing, is likely to revolutionize business in the next several years. Often dismissed in the popular mindset as a tool for home-based “makers” of toys and trinkets, the technology is gaining momentum in large-scale industry. Already it has moved well beyond prototyping and, as I explain in a new HBR article, it will increasingly be used to produce high-volume parts and products in several industries.

Since I prepared that article, new developments have only strengthened the case for a 3-D future – and heightened the urgency for management teams to adjust their strategies. Impressive next-generation technologies are overcoming the last generation’s drawbacks while adding new capabilities. This progress will speed up adoption and propel more experimentation and practical application. What was a niche technique is morphing into a broad-based movement driven by multiple technologies and many kinds of companies.

Many of the new developments have to do with broadening the science underpinning additive manufacturing. Early generations drew from physics and engineering. The new technologies are expanding the playbook into chemistry.Continuous light interface production, or CLIP, uses chemical reactions to better control the transformation of liquids into solids. Instead of slowly putting down a layer of material and then curing it, CLIP creates a monolithic product in what is essentially a continuous process. CLIP greatly speeds up production and boosts the material strength of the final product by cutting down on the problems created by layers. The inventors, who publicly announced this new approach in March, say they were inspired by the film “Terminator 2”  – specifically the scene where a robot reshapes itself after having melted into a puddle.

Another promising development is multi-jet fusion. This technology starts with a plastic or metal powder, but instead of solidifying the powder with a laser, it uses chemicals sprayed from 30,000 tiny nozzles at a rate of 350 million dots per second. These chemicals speed the shaping and hardening of the powder by a UV lamp. But importantly, in the future, the chemicals can also change the powdered material’s properties – adding color, elasticity, bacteria-resistance, hardness, and texture to the final product. And because the high-tech nozzles spray so quickly and precisely, the curing takes only a tenth of the time of existing 3D processes. Typical of next generation advances, it integrates a number of techniques that had been used separately.

Even more intriguing, though probably still years away, is what MIT calls 4-D printing, where the fourth dimension is time. These are objects embedded with “memory materials” that react to light or heat to form new shapes after delivery to the consumer. Imagine a piece of furniture that arrives flat, but then reshapes itself into a chair when exposed to sunlight.

And these are just the general-purpose technologies. Also emerging isxerographic micro-assembly, which promises to greatly improve computer chip manufacture by implanting components of chips with electrical charges and putting them in a highly conductive fluid. Electrical fields can then assemble these “chiplets” into full chips with greater capabilities and fewer defects than conventional chip production. Likewise in bio-printing, researchers are adding magnetic nanoparticles to living cells and then using magnetic fields to assemble the cells into artificial tumors and functioning tissues.

Big players are involved now in pushing additive manufacturing to the next level. Early phases of 3D printing involved startup companies with investments in the low seven digits. Stratasys and 3D Systems grew into industry leaders with approximately $1 billion in revenues each. Now we’re seeing much bigger stakes. Hewlett-Packard developed multi-jet fusion, leveraging its expertise in printer head technology to leapfrog the industry. CLIP comes from a startup,Carbon3D, but one with $40 million in funding from a VC group led by mainstay Sequoia Capital. MIT is investing heavily in 4-D printing. Xerox, which invented xerographic micro-assembly, had been testing the waters with an investment in startup 3D Systems. Once it saw the potential, it launched a major internal program leveraging many facets of its electronics expertise as well.

These organizations are putting their reputations as well as major capital investments on the line, and have a lot to lose if these technologies turn out to be vaporware. Carbon3D promises to release its first commercial printer by December of this year, while HP has a target date of January 2016.

The market is taking these claims seriously, as well. Both 3D Systems and Stratasys have seen their stock prices slide in recent months, in part because the market is worried about the next generation of technologies and the resources that giants like HP are putting behind them. Realizing they can’t spend like the giants, the early leaders have started shifting their R&D away from hardware and moving toward software, services, and consulting. The 3D printing ecosystem is still very much in flux.

In the midst of all this change, new strategies are required. Even if some of these new technologies fail to pan out, there’s so much activity going on, so much money and creativity now being applied, that we can safely expect the pace of additive manufacturing to pick up. That has two major implications for strategists. One is that timelines based on earlier generations of additive manufacturing may be too conservative. If the new technologies dramatically boost the speed and strength of 3D printing, then adoption rates will jump. The cost advantage of conventional “subtractive” manufacturing will disappear sooner than expected. The new capabilities to customize products will also be highly attractive. Digital platforms that coordinate 3D printing ecosystems will emerge sooner. Instead of moving incrementally to adopt 3D techniques into their organization, companies may need to pick up the pace.

Second, strategists will have to consider not only which technology to run with, but also whether to collaborate with these next generation pioneers. By partnering with, say, HP or Carbon3D, companies stand to gain earlier access. But they may also increase the risk if their chosen technology fails to meet its promise on schedule. Working with current 3D technologies, such as extrusion-, stereolithographic- and sintering-based methods has better odds but a smaller payoff. Such decisions could lead to internal strife between converts to each camp.  Companies could invest in both, but then they face the challenge of timing the switch over to the next generation, and the complexity of transitioning people and the organization from one to another, as well as the specter of writing off investments before they have been recaptured.

All of this is on top of the new level of complexity that 3D printing has brought to manufacturing generally.  What’s the proper mix of traditional “subtractive” methods with the new additive approaches. How much risk should a firm take on now, versus what’s the risk if you wait? And all of this raises the possibility of reshoring some operations, affecting established relationships with host governments and local unions.

Strategists, fasten your seat belts for a fun but bumpy ride.  Here’s where you show what you’re made of.